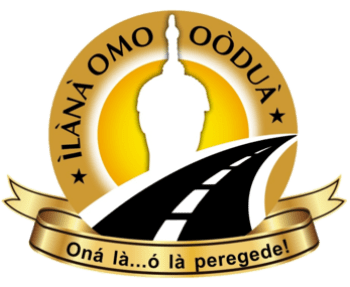 The Leader and National Chairman, of Ilana Omo Oodua Worldwide, Wale Adeniran, has announced his resignation from the group.

Newsonline reports that the Leader and National Chairman, of Yoruba Self-Determination Struggle, also known as Ilana Omo Oodua Worldwide, Wale Adeniran, has announced his immediate resignation as a member of the group.

According to the Yoruba nations leader, he is stepping aside to allow a thorough investigation into the allegation of fraud leveled against him.

He, however, challenged anybody with evidence or evidences against him or who might have sent money to the organisation through him to come forward and make it known to the public.

Adeniran announced his resignation on YouTube (Omoboriowo media) on Saturday.

“Because in all developed parts of the world, what they normally do is that, if there is an allegation against a public office holder, he or she will step aside to allow thorough investigation, that’s what I’m doing right now.

“I thank you all, and whatever comes out after the investigation should be made public. There shouldn’t be a secret there. They should publicise the outcome of the investigation because all Yoruba must know the truth about the fraud allegation involving the struggle. Thank you.”

His resignation is coming hours after the spokesman of the Yoruba self-determination struggle group, Maxwell Adeleye, resigned from his position.

In a statement on Friday night, Adeleye stated that he has also withdrawn from agitation for the Yoruba Nation.

He also asked the former leader of the apex body, Prof. Banji Akintoye, to withdraw 100 percent from the organisation and allow proper audit of his stewardship.

Adeleye revealed that he had stepped down as Akintoye’s Communications Manager since August 2022, and should not be referred to as his spokesman.