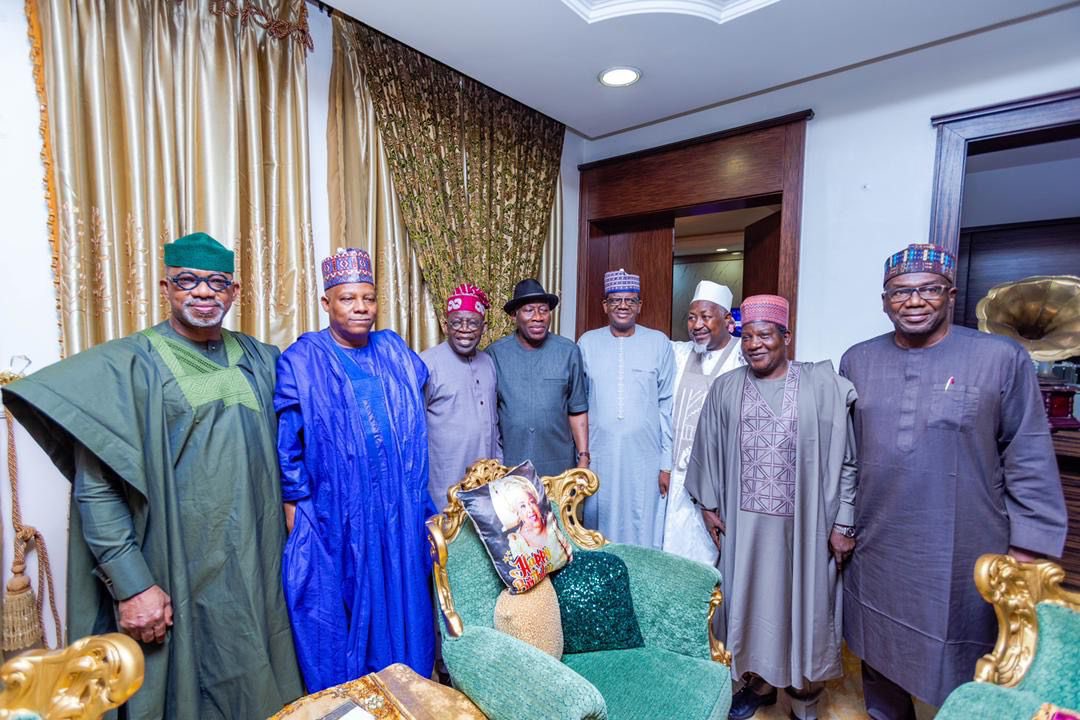 Newsonline reports that the presidential candidate of the All Progressives Congress (APC), Bola Tinubu on Tuesday visited former president, Goodluck Jonathan in his residence.

This is coming months after speculations that the APC might give Jonathan its presidential ticket ahead of the 2023 general elections.

The rumour became heightened after a group purchased the nomination form of the ruling party for the ex-president.

The speculation was doused after Jonathan failed to show up for the presidential screening of the APC.

The visit to the former President might not be unconnected to the presidential ambition of the former Governor of Lagos State who is seeking to take over from President Muhammadu Buhari at the end of his tenure.

Tinubu’s meeting with Jonathan is coming a few days after he met with former President, Olusegun Obasanjo in Ogun State.