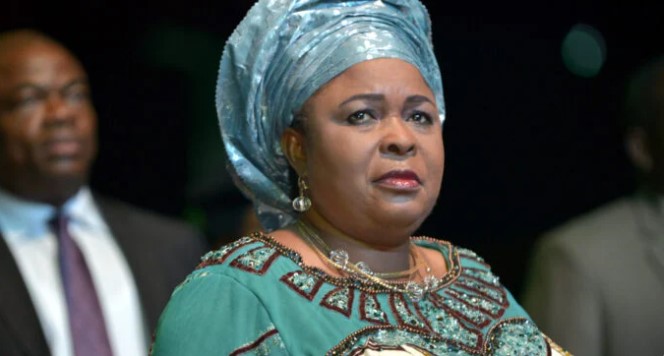 News Online reports that the Abuja division of the court of appeal has upturned the conviction of four companies linked to the alleged money laundering case involving Patience Jonathan, wife of former President Goodluck Jonathan.

Directors of the companies are domestic workers of Waripamowei Dudafa, Jonathan’s special adviser on domestic affairs.

According to the Economic and Financial Crimes Commission (EFCC), Patience had allegedly directed Dudafa to use the money to open accounts for her in Skye Bank.

Therefore, the EFCC had filed a 15-count charge against the companies and Dudafa, Amajuoyi Briggs, a lawyer; and Damola Bolodeoku, a Skye Bank official.

After the charges were read, the first, second and third accused had pleaded not guilty, but the four individuals representing the companies listed in the charge, each pleaded guilty to the offences.

Mike Ozekhome, defendant counsel at the time, had challenged the plea of guilt by the individuals who represented the companies.

But Babs Kuewumi, the trial judge, refused the application and convicted the companies on November 2, 2016.

Aggrieved by the trial court’s decision, Ozekhome approached the court of appeal.

The appellants in different (but related) appeals contended that the conviction of the companies is a nullity and prayed the court to set it aside.

Delivering judgment via Zoom on Friday, a three-member panel of the appellate court agreed with the appellants and set aside the conviction of the companies.

The panel, News Online learned held that the trial court was wrong to have pronounced a conviction when the validity of the plea of guilt, which was challenged by the appellant, was yet to be determined.

The court held that the convictions of the four companies breached the fair hearing provisions of the constitution.

Ige Asemudara, Ejieke Onuoha and Azubuike Akpe appeared as counsel for the appellants (all the companies), while Rotimi Oyedepo and A.O. Mohammed appeared for the respondent.