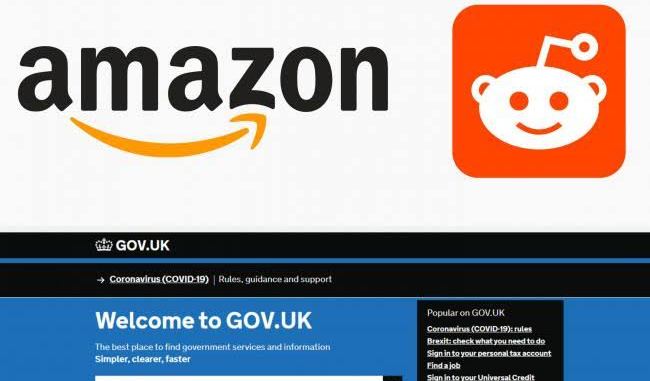 Al Jazeera, BBC, Amazon, Most UK Sites among others suffer internet blackouts as websites go down.

News Online understands that multiple websites operated by news outlets including the Financial Times, CNN and Bloomberg News were down across the globe on Tuesday.

Britain’s Guardian newspaper said its website and app were affected. Sites of some other British news media were also not immediately loading.

The UK government’s main website too was unavailable. The White House website had an error message but was later working.

The BBC and The New York Times were temporarily inaccessible but later returned.

Messages such as “Error 503 Service Unavailable” and “connection failure” appeared.

The issue affecting the websites was not immediately clear.

San Francisco-based Fastly – a cloud service company used by many media outlets – acknowledged a problem just before 10:00 GMT. It said in repeated updates on its website it was “continuing to investigate the issue”.

About an hour later, the company said: “The issue has been identified and a fix has been applied. Customers may experience increased origin load as global services return.”

Many of the websites were slowly coming back online by 11:00 GMT.

Down Detector, which tracks internet outages, said: “Reports indicate there may be a widespread outage at Fastly, which may be impacting your service.”

Fastly describes itself as an “edge cloud platform”. It provides vital behind-the-scenes cloud computing services to many of the internet’s high-profile websites by helping them store, or “cache”, content on servers around the world so it is closer to users.

Nearly 21,000 Reddit users reported issues with the social media platform, while more than 2,000 users reported problems with Amazon, according to Downdetector.com.