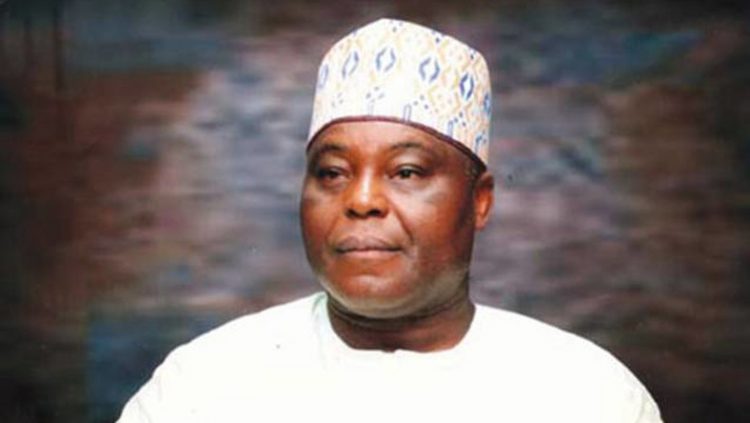 AIT Founder Raymond Dokpesi has been allegedly arrested by the Metropolitan Police in London, the United Kingdom.

NewsOnline reports that a chieftain of the Peoples Democratic Party (PDP) and founder of DAAR Communications Limited, Chief Raymond Dokpesi has been allegedly arrested by the Police in the United Kingdom.

The media mogul was arrested on arrival at Heathrow Airport in London ahead of his meeting with the PDP flagbearer, Atiku Abubakar.

Dokpesi had boarded a Lufthansa Flight LH916 from Frankfurt to London and was subsequently picked up at Terminal 2 of Heathrow Airport, a source told The Whistler.

The reasons for the arrest of the media mogul were unknown at press time.

According to the source, immediately after the flight arrived in London, an announcement was made that all passengers should remain in their seats.

Minutes later, UK border agents and officers stormed the aircraft and escorted Dokpesi out of the plane and he was booked into an HMP correctional center in the London Borough on Sunday afternoon.

He said: “We were on a flight from Frankfurt to London and as we are about to arrive in London, we were informed that we should all stay in our seats when the aircraft landed and that the Police wanted to do something.

“We were informed that there will be a police operation. So when we landed, the police came in and ask who is Raymond Dokpesi and they now took him away.

“He was wearing agbada. He was arrested in London.”

Recall that the Economic and Financial Crimes Commission, EFCC, in Nigeria had in 2015, dragged Dokpesi to court and had accused him and his company of illegally receiving funds considered as proceeds of crimes from a former National Security Adviser (NSA), Colonel Sambo Dasuki.

He pleaded not guilty to the charges and went further to file a no-case submission after the prosecution closed its case in November 2018 after calling 14 witnesses.

However, the trial judge, Justice John Tsoho, rejected the no-case submission and ordered Dokpesi and his firm to enter their defence.

Not satisfied, the defendants then approached the Court of Appeal, with a request to nullify the decision and free him from the charges on the grounds that the prosecution failed to establish a prima facie case against them.

But the Abuja Division of the Court of Appeal had discharged Dokpesi, from the N2.1 billion fraud charges brought against him by the EFCC.