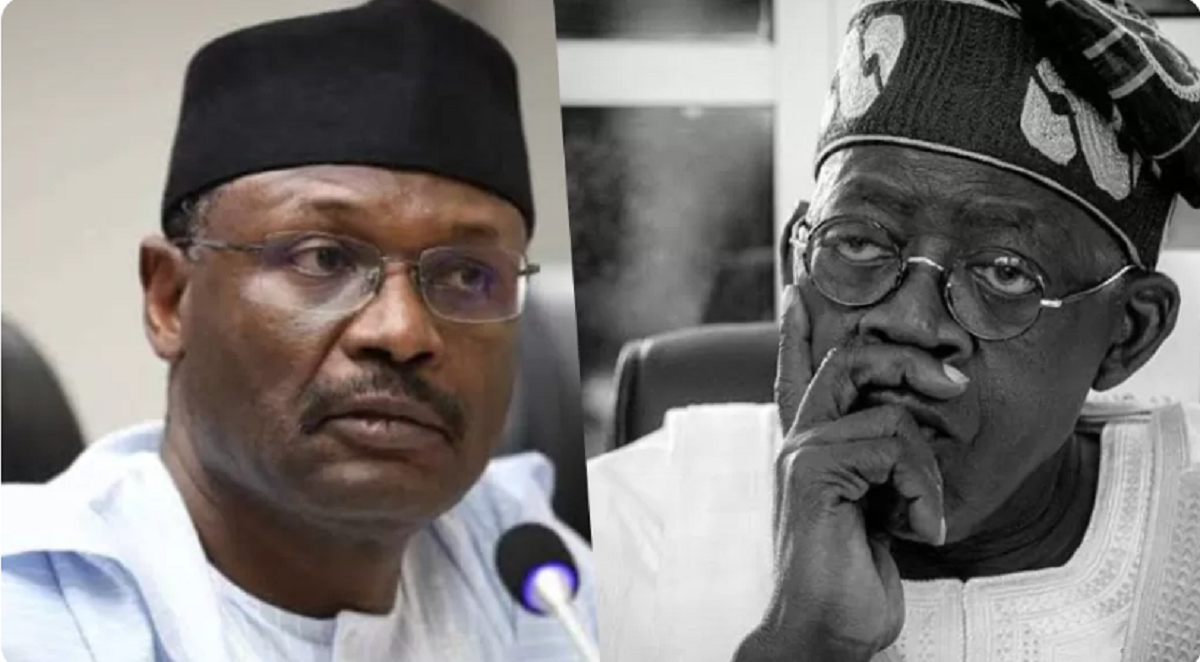 INEC has lambasted Bola Tinubu over his comment on the validity of BVAS in the 2023 general election.

NewsOnline reports that the Independent National Electoral Commission, INEC, has lambasted Asiwaju Bola Tinubu, the All Progressives Congress presidential candidate, for questioning the validity of the Bimodal Voter Accreditation System and Results Viewing Portal that will be used in the 2023 election.

The APC candidate’s comments about the effectiveness of the technology employed in various elections, notably the off-season governorship elections in the states of Ekiti, Osun, and Anambra, shocked the commission.

The former governor of Lagos State stated on Monday at the Chatham House in London, United Kingdom, that Nigerians had not yet received assurances from the electoral body regarding the viability of the BVAS and e-transmission of election results.

While speaking at Chatham House, Tinubu said: “We are still building confidence in our democratic and voting system. INEC is yet to assure us (that) during this election that electronic transmission, the technology being used for accreditation and the total vote count, is reliable, dependable, and assuring in our democratic process before we introduce a complicated element of ballot counting.”

In response to Tinubu’s ambiguity, Mr. Rotimi Oyekanmi, Chief Press Secretary to the Chairman of INEC, said that the commission has been discussing the benefits, advantages, and features of BVAS since 2020.

In response to questions from reporters regarding the APC standard bearer’s remarks on the validity of BVAS and the electronic transmission of results, Oyekanmi spoke.

He stated, ‘’The Independent National Electoral Commission has been talking about the Bimodal Voter Accreditation System, its features, strengths, and advantages since 2020 when it was introduced to replace our beloved Smart Card Reader.

“At every quarterly meeting that the commission held with leaders of political parties since this BVAS was introduced, and I am talking about more than five meetings, it has always been on the agenda and discussed. My presumption is that both the national chairman and secretary of all the political parties that attend our meetings also brief their presidential candidates about the issues discussed.

‘’More importantly, we have conducted off-season governorship elections in Ekiti, Osun, and Anambra states using the BVAS, and all of these elections have generally been described and accepted as free, fair, credible, and inclusive by all and sundry. The governors elected have quietly been enjoying their respective tenures. Don’t forget that we also deployed it for the Federal Capital Territory area council election and it was a huge success.

‘’The BVAS has been trending on social media platforms and even foreigners visiting Nigeria for the first are asking: ‘What is this BVAS thing?’’

‘’Therefore, if at this moment in 2022, we still have a presidential candidate of one of the 18 registered political parties, saying he needs assurances on the BVAS or he doesn’t know or appreciate its relevance to the 2023 general election, then something is terribly wrong somewhere,’’ he stated.

But the APC defended the reservations expressed by Adamu and Tinubu on the BVAS, stating that their statements were probably misconstrued.

The APC Publicity Director, Bala Ibrahim, stressed that both men were merely striving to ensure INEC is 100 percent certain about its readiness for the election.

Ibrahim said, “I think we are misinterpreting or refusing to understand the broader meaning of concerns in this context. The concern raised by both the party chairman and presidential candidate is that justice should not just be done but be seen to be done holistically.

“What they are doing is to ensure that the right things are done to avoid giving room for complaints to be raised after the 2023 elections. The process should not just be left at 99 percent; it must meet up with the acceptable 100 percent standard.

‘I Was Chased Out of Office, Can Never Be President Again’ – Goodluck Jonathan