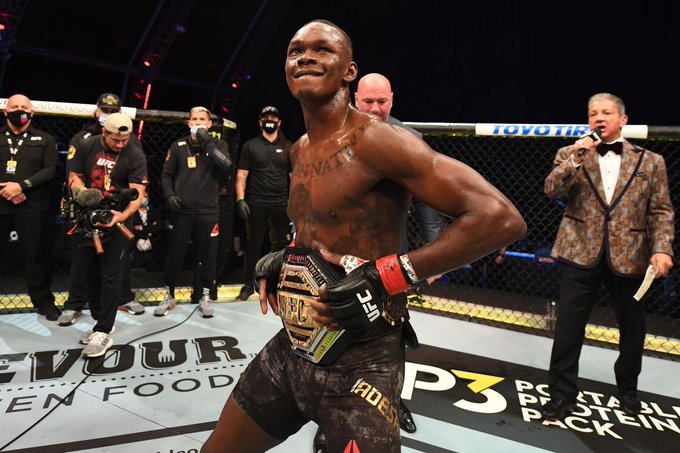 What You Should Know As Israel Adesanya Fights Tomorrow In Las Vegas Has Emerged.

Adesanya, now also a New Zealander has believed all along he could be the greatest in the sport.

“What I have always predicted to do in this game is change the game, change history,” Adesanya said on Friday, on the eve of the UFC 259 event.

“I came in here just over three years ago and look what I have done so far. And I have a long way to go.”

Adesanya’s rise to the top has captured the imagination of a sport looking for a new generation of heroes, with the careers of stars such as Ireland’s former featherweight and lightweight champion Conor McGregor seemingly on the wane.

Adesanya arrived in New Zealand from Nigeria with his family as a 10-year-old, turned to martial arts to protect himself against schoolyard bullies and took off — alone — to China in his early 20s to further his combat sport career.

He was quick to reply when asked Friday if he saw himself taking up McGregor’s role as the sport’s standard-bearer.

The 31-year-old Adesanya has only been with the UFC since February 2018, after almost a decade spent fighting his way up through regional kickboxing and then MMA leagues.

His overall record in MMA now stands at 20-0, boosted by a 9-0 run in the UFC that has already seen him claim the middleweight crown.

That belt came with a TKO of Australian Robert Whittaker in October 2019 and Adesanya has defended his crown twice since, showcasing a unique, often dazzling, skill set built on piercing combinations with both fists and feet.

Below is the fight card that’s been announced by the promotion to date. Odds via William Hill Sportsbook.

Live stream Blachowicz Vs Adesanya, how to watch ufc 259, how to stream online for free