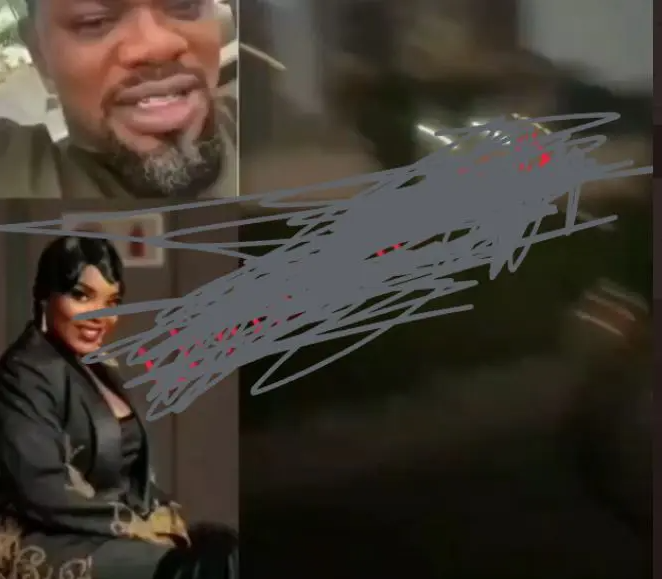 News Online reports that Josh Wade, the estranged fiance of actress, Empress Njamah has started carrying out his threats as he releases Empress Njamah videos.

This online news platform understands that Josh has created a WhatsApp group where he added multiple people and began posting private–videos of Empress.

ALSO:  IPOB Speaks On Stopping 2023 Election From Holding In South-East

The estranged fiance posted several videos he took of her in her house, some of which were videos of her taking a bath.

In one of the videos making rounds, Josh Wade confessed that he misses the actress and his a bit confused. He also warned the embattled–actress to stop spreading false rumours of him being unable to travel.

“I am just confused. I swear to God I just miss you. Seriously, I just miss you. That’s the real truth, that’s no joke. But please, stop telling people that I can’t travel. Don’t do that, I beg you please”.

Meanwhile, NewsOnline Nigeria reports that the release of the Nollywood actress’ videos is coming after Josh threatened Empress with the information he had about her.

In a video posted online by Empress, the fiance revealed that he knew her day-to-day activities and everything she does on a daily basis.

Smiling mischievously, he told the entrepreneur that she doesn’t know what is coming.

Sharing the video on her business page, Empress revealed that he had sent her the video, just hours after uploading the engagement video.

“Everything I said to you, I think you consider it as a joke. But trust me it’s not.

I know your day to day activities and everything you do on a daily basis. I know absolute everything.

Telling his side of the story, Newsone recalls that Empress Njamah’s fiance admitted to hitting the actress and seizing her passport in an exclusive interview with Linda Ikeji blog. However, he stated that he did this because the actress owes him $450,000.

He revealed that he engaged Empress on the 18th of August, with a ring worth $49,800. But things turned sour, as the lovebirds are currently in dispute, hence, the several allegations.

Josh also confirmed that he took control of her Instagram accounts, passports, and all other belongings.

Threatening to go public, Josh, stated that the stories he has about her, her like a series.

In 2023, It’s Either You Continue Begging Or You Vote Wisely- Rudeboy