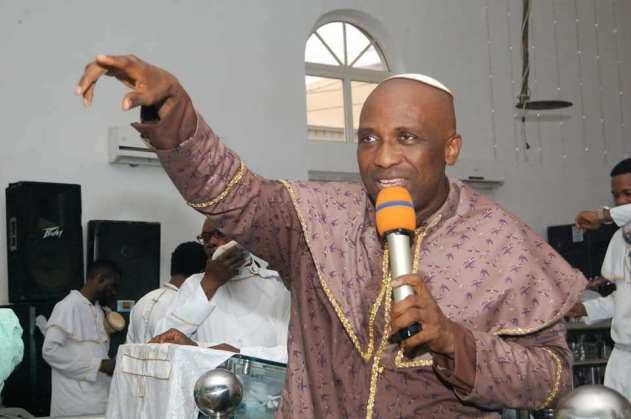 Primate Ayodele Prophecy On Joe Biden’s Confirmation As US President Has Comes To Pass.

NewsOnline Nigeria understands that in what seems to be one of the biggest threat to Democracy in recent times, the united states of America has experienced one of the worse electoral process in the world with the total rejection of election outcome by the incumbent president, Donald Trump.

Until this moment, Donald Trump has never admitted losing out in the election, and as a result of this, was all out to ensure the victory of Joe Biden is upturned in his favour.

Unfortunately, despite the court cases, and all the intrigues, The US Congress has confirmed Joe Biden as the duly elected President of the United States, and will be sworn in in few days time.

Meanwhile, everything that has happened in the US electoral saga is just a fulfilment of God’s word through his prophet, Primate Elijah Ayodele, a man of God who advised Joe Biden on how to defeat Donald Trump.

Primate Elijah Ayodele had been talking about the US Presidential election since 2019, up till this moment. In 2019 when he first spoke about it, in a video interview with Legit NG, He stated that the Republican will lose the election if they field Donald Trump as their candidate in the election, and this came to pass.

Also in 2020 before the election, the Prophet advised Democrat party to choose Joe Biden as their candidate, and also advised Joe Biden on his running mate, fortunately, Joe Biden listened, and this turned out to victory for him in the election.

Again, in August 2020, during the release of his annual book of prophecy titled Warning to the nations 2020/2021 edition, on page 194 which talks about America, The popular prophet categorically said that Donald Trump will fight the democrats in many ways to get the victory and that He will take series of steps to win the election. He said something very important here ‘Trump will bring out various allegations against the democrats that can tear the country apart’, was the country not torn apart yesterday when Pro-Trump protesters stormed the US Capitol?

In a recent publication online, Primate Ayodele revealed that He foresees that Donald Trump will be disgraced, face litigations after his government. He also said that God has rejected his government and that He will leave in shame.

These words were all that took place in the election, and even after the election up till this moment.