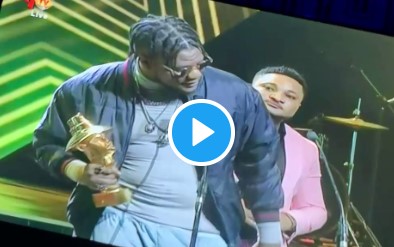 Pheelz Has Won Producer of the Year At #14thHeadies.

Founded by the Hip Hop World Magazine in 2006, the event, which is in its 14th edition, recognises outstanding musicians and music professionals in the country’s entertainment industry.

This year’s awards will reward works released between July 2019 and September 2020. In addition to the existing 29 categories, the organisers have introduced the Songwriter of the Year category to “bring to the limelight hardworking individuals who have all significantly supported the creation of quality music.”

Producer of the Year

Congrats to Pheelz on his producer of the Year award y'all stream his new E.P "Hear Me Out " 🙏🏾❤️❤️ #14thHeadies pic.twitter.com/b6dWtWodVx