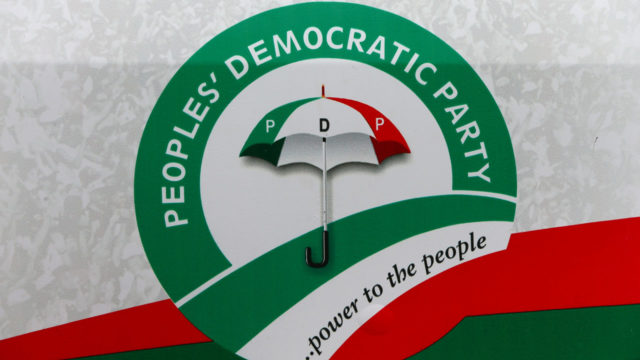 PDP has Made New Appointments Ahead Of Electoral Act Amendment.

NewsOnline Nigeria reports that the People’s Democratic Party (PDP) has appointed former Deputy Senate President, Ike Ekweremmadu, as the chairman of its committee on the proposed amendment of the Electoral Act as well as the 1999 Constitution (as amended).

The spokesperson to the party, Kola Ologbondiyan, in a statement on Friday, said:

“The committee would focus on the amendments’ process that includes a constitutional review that “will entrench the desired federal structure as well as a review of the Electoral Act that will guarantee free, fair, clean, transparent and credible elections while eliminating loopholes that encourage violence, manipulations and rigging at many levels.”

Speaking on the purpose for the committee, the opposition party said the committee ”would work closely with the National Assembly for more inclusive and accelerated processes in the desired amendments”

The party added that the committee”would also ensure the collation of information from critical stakeholders as well as engage relevant civil society groups.”

The party urged all party members to avail themselves the opportunity presented by the establishment of the committee to make contributions towards the process.

In the wake of the 2019 general elections, President Muhammadu Buhari had declined assent to the 2018 amended Electoral Act empowering INEC to conduct and transmit election results electronically.

The opposition party and other critics of the government had accused the president of withholding his assent to avoid legalizing the use of card readers for elections.