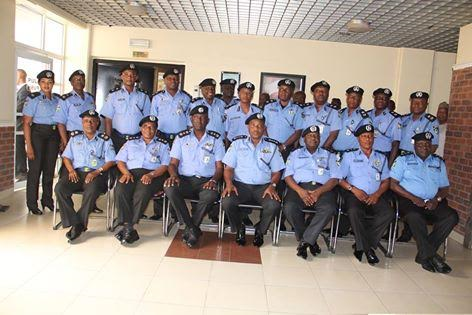 Dead and Injured Police Officers who were victims of #EndSARS Protests will get  new promotion, says IGP.

NewsOnline Nigeria reports that the Inspector-General of Police, Muhammed Adamu, has said that the Police is working with the Police Service Commission to ensure that officers who lost their lives and those injured during the #EndSARS protest would be promoted to the next rank.

This is even as he disclosed that officers and men of the Force will continue to enjoy the Health Insurance Scheme of the government even after their retirement.

He disclosed this on Wednesday in Benin, shortly after an on-the-spot assessment of burnt stations in the state.

He, however, commended the men and officers of the force for the restrain despite the utmost provocation.

According to him, “While in service, we registered for Health Insurance Scheme, but it stops when we retire.

“This government said no, it is not encouraging and it is now part of the law that those that have retired from the Force will continue to enjoy health insurance scheme.

“I am working with the Police Service Commission so that those who lost their lives and those injured will get promotion to the next level.

“So, we don’t need to be demoralised or leave the public space for criminals to occupy,” he said .

The IGP who disclosed that about 60,000 retired officers have been captured, urging policemen not to entertain any fear as they will continue to enjoy the health insurance scheme of the government.

He said the the Police Act of 2020 passed into law has taken care of most of the police welfare’s need.

“Since it is an Act, those gaps in terms of officers’ welfare have been taken care of by that Act.

“With this government, we have been able to set up police trust fund which now to takes care of logistical requirement and capacity building of the police,” he said.

Commenting on officers and men who either lost their lives or were injured as a result of the #EndSARS violence, Adamu noted that their families would be compensated.

He also disclosed that the federal government had adjusted the salary of all officers to a higher grade in order to encourage them for utmost performance.

Responding to the IGP speech, the state deputy governor, Philip Shaibu, assured that the state government will continue to support the police in the discharge of their duty.

“Governor Godwin Obaseki had already approved that the burnt police stations be rebuild, while those that need renovation should be renovated,” he said.