NewsOnline Nigeria reports that five persons died from COVID-19 related complications in the western Nigerian state of Osun on Tuesday, according to data published by the Nigeria Centre for Disease Control.

This online news platform learnt that the fatalities are the highest out of the 15 reported from the 36 states, including Abuja as Nigeria saw its death toll rising to 1,522.

In terms of cumulative cases, Osun is 17th on the grim leaderboard.

The North eastern state of Taraba posted 3 deaths, to increase its tally to 15.

The state has been little troubled by the deadly virus, with just 348 cases since last year February.

It is 31st on the COVID-19 national incident chart.

Other states which reported deaths on Tuesday were Lagos, Kaduna, Kano, Ondo and Zamfara.

Lagos added two deaths to raise its total death toll to 294. Kano now has 74 fatalities with an additional death.

Kaduna’s death toll also increased to 57 with one more death, just like Ondo, which now has a death toll of 47.

The North western state of Zamfara that has just 193 cases, now has a death toll of seven.

It reported two deaths on Tuesday. 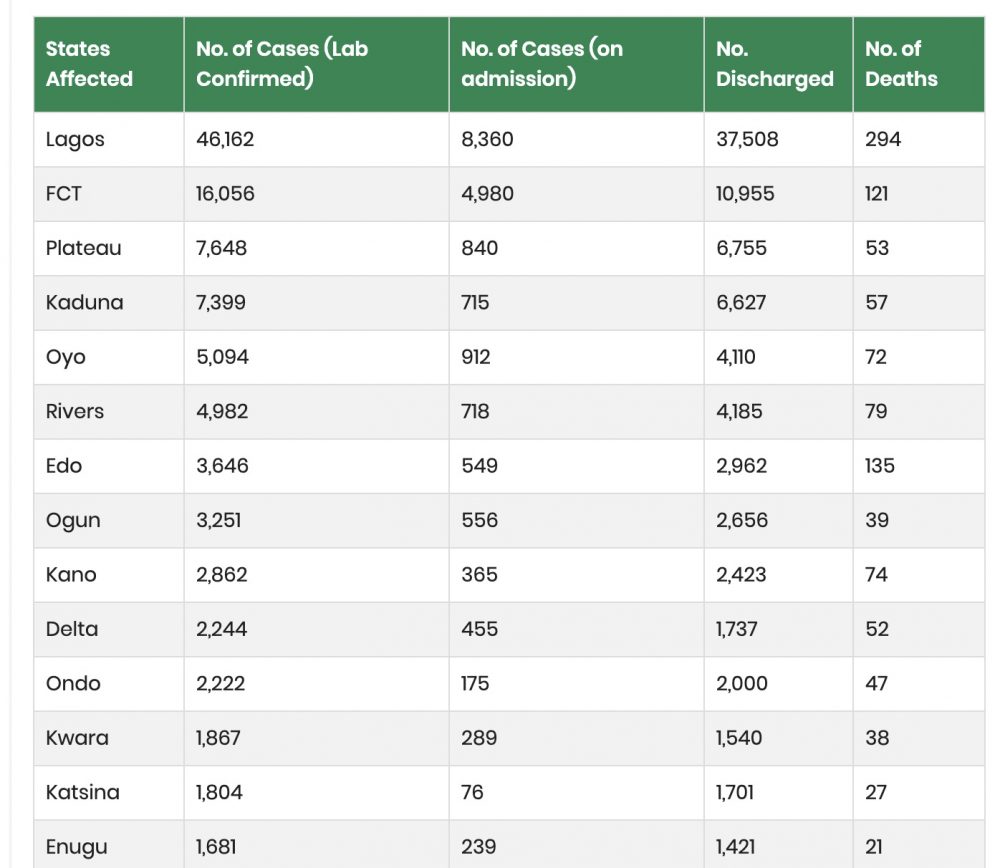