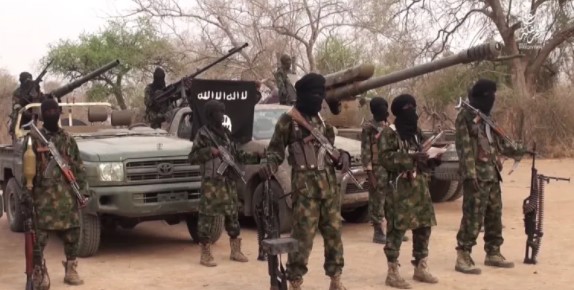 Boko Haram has Wrecked Havoc In Borno State Hours After 35 Passengers Were Kidnapped.

This online news medium understands that this is coming barely 24 hours when armed insurgents laid ambush along Maiduguri- Damaturu 125km road where over 5 people were killed with dozens abducted and injured.

READ ALSO: Army Reveals Why Boko Haram Has Not Been Defeated

Ajiri less than 50km drive from Maiduguri the state capital is near Mafa Local Government area where Governor Babagana Umara Zulum hail from.

The town was hitherto a ghost town, until mid this year when the Governor through the ministry of Reconstruction, Rehabilitation and Resettlement (RRR) constructed about 500 housing units, in which its Internally Displaced Persons (IDPs) taking refuge in Maiduguri were relocated back home by the present administration’s drive to ensure IDPs back to their ancestral homes.

Recalled that on 3rd September 2020, Zulum who visited Ajiri Community called on unrepentant members of Boko Haram to lay down their arms as his government is doing everything possible to return all Internally Displaced Persons (IDPs) back to their ancestral homes.

He said, one passionate thing Boko Haram members should know is that the IDPs who have returned or willing to return to their communities are directly or indirectly parents or relations of the insurgents that are eager to pick up their pieces and continue their normal lives.

Unfortunately, details of casualties still remain uncertain when the insurgents stormed the community on Saturday evening, even as our Correspondent gathered at press time that airstrike from the military Airforce are currently engaging the terrorists while people scamper for safety.