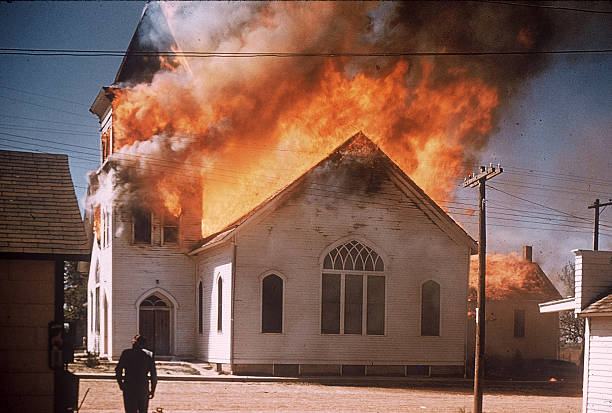 Bandits Have Set Catholic Church On Fire In Kaduna State.

This online news platform gathered according to Samuel Aruwan who is the Commissioner, Ministry of Internal Security and Home Affairs, Kaduna State that locals fled the area on receiving information that some bandits were sighted outside the village.

“On getting to the location, the armed bandits set ablaze the place of worship and the two houses,” he said.

Receiving the report, Governor El-Rufai commiserated with the community and condemned the setting ablaze of the place of worship and two houses by armed bandits.

The Governor empathized with the church and assured them that the government under his watch would continue to work hard in the fight against banditry and other crimes.

He charged worshippers to remain strong in their faith and devotion, and see it as an act perpetrated by enemies of peace, humanity and diversity who will not succeed but will be defeated by the grace of God.

The Governor has directed the Kaduna State Emergency Management Agency to urgently assess the damage done and take appropriate action.

“Security agencies will sustain patrols in the area,” Aruwan said.