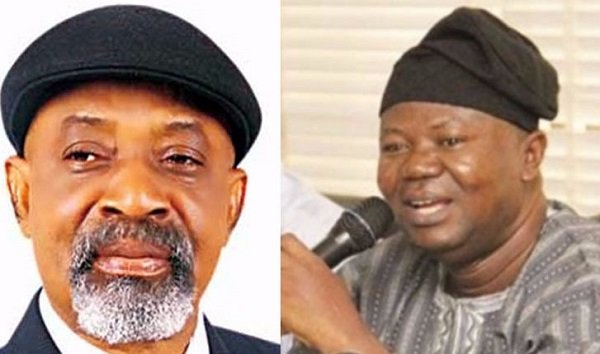 This is not a time to play coy or quibble as the government of Muhammadu Buhari unleashes its arsenal on the university system in Nigeria. We have gone through this road before with dire consequences for the country. The current dog fight between the Academic Staff Union of Universities (ASUU) and the federal government over the latter’s attempt to scoff at a genuine agreement between it and the former is a continuation of the war the ruling class has waged on the university system in particular and the education sector in general over the years. Successive Nigerian governments have not respected agreements with ASUU and in fact, during the dictatorship of Ibrahim Badamosi Babangida, his Education Secretary (Minister), Ben Nwabueze (SAN) opined that the agreement the government reached with ASUU was one of “imperfect obligation”, meaning that the agreement was not binding on the government as it did not have the force of law.

This current government has been at sixes and sevens on all matters of the state and has not been able to deliver on most of its promises in the last six years. Corruption cases are spiraling, cost of living has jumped to the roofs, the spate of killings and insecurity is alarming, inflation is on the increase, millions of Nigerians have remained unemployed and underemployed, the value of the naira to other currencies is dismally low, the masses and even those considered to belong to the middle class are complaining of hardship, the level of immiseration has reached unbelievable proportions and there is a total economic paralysis and consequent loss of optimism in the land with the government steadily losing its legitimacy. In the midst of all these, the government, its agents and supporters pretend and give impression that all is well. Any opinion to the contrary is interpreted as fake news or dissident mongering with consequences for the purveyors of such views. The government has really run out of ideas.

ASUU has been officially on strike for about eight months now, though the impact of the strike was not felt until recently because of the ravaging impact of the COVID-19 pandemic which compelled the government to close all schools including the universities. As usual, the union has become the whipping boy of all especially malevolent public officials who have reduced ASUU’s deft struggles in defence of the university system to costly jokes with their asinine comments as could be seen in the responses of the Minister of Labour and Employment, Chris Ngige and the Minister of State for Education, Emeka Nwajiuba, who had at different times asked the lecturers to go and play the game of draughts and/or venture into agriculture with their time. The public who should defend the system either for lack of understanding or clear opportunism remain unconcerned or in most cases blame the victims of government’s irresponsibility whose lack of respect for agreements, has caused a series of avoidable punctuations over the years in the university calendar. The National Universities Commission (NUC) whose remit it is to defend the university system is timid and looks askance but at the same time licencing new public universities while the existing ones are crumbling away. Education is a public good that must be enjoyed and defended by the public. Anything to the contrary spells doom to the society in question.

It should be recalled that since the coming into being of ASUU for about four decades now, it has been on a collision course with the various governments of Nigeria on issues relating to funding, staff welfare, university governance and allied matters as they concern the proper functioning of the university system. The efforts led to the 1992 ASUU/FGN Agreement which stipulated that every three years, there must be a re-negotiation between the union and the government. No Nigerian government, either the military or the civilian has respected this agreement as it has always been operated in the breach. It took a series of strikes to get the government to the re-negotiating table in 1996 and another round of strikes to compel the government to reach another agreement in 2009. To get the government to implement certain aspects of the 2009 agreement, the union had to call out its members on strikes before the government half-heartedly implemented it. It is a shame that the 2009 agreement which was due for re-negotiation since 2012 has become a subject of another dispute between the union and the federal government. The accountant-general has entered the fray by insisting that university academics and other workers in the system must be enrolled into the Integrated Payroll and Personnel Information System (IPPIS) to ensure transparency in the payment of salaries. As much as this policy may recommend itself at a superficial level as the antidote to alleged padding of salaries in Nigeria’s public service system, this intrusive payment policy encroaches on the autonomy of universities as self-governing entities with their peculiarities. The universities have their objects, laws, systems and general orientations different from the civil service. Federal university workers are not employees of the federal government but those of their various councils. They are employed, paid, promoted and disciplined by their various councils in accordance with the laws establishing the universities. These laws empower the Visitor (the President) to the universities to send Visitation Panels every five years to audit them. Government has been weak in doing this in spite of ASUU’s insistence that visitation panels be sent to the universities. A government that is interested in transparency and plugging the alleged leakages in the system ought to have availed itself with the elbow room provided by ASUU, consistently calling on it to send visitation panels to the universities.

No doubt, the issue of the IPPIS is a distraction thrown into the fray by the Office of the Accountant-General of the Federation and their allies within and without, it has become the heart of the matter as accepting it means the total derogation of the Universities (Miscellaneous Provisions) (Amendment) Act 2003 (otherwise called the Universities Autonomy) Act No. 1, 2007. The operation of the IPPIS, if allowed, would sound the death knell of the university system as currently constituted. All that the union has struggled to achieve and attracted to the system would have come to naught. The crisis that would engulf the system will cause a massive exodus of the academic staff and the fate that befell the public primary and secondary school system awaits the university system. This should not be allowed to happen. ASUU should not abandon its historic responsibility of ensuring that public universities are adequately funded for the greater good.

Even amongst some otherwise informed Nigerians, they cannot understand why in their view employees should determine the mode adopted by their employers in the payment of their salaries. Those who hold this position erroneously think that workers are slaves to their employers and therefore, cannot ask questions even when they are extorted and their salaries made nonsense of as is the case in the instant payment module adopted to pay university workers in particular and other workers in the ministries, departments and agencies in general. Those people asking such questions and defending the imposition of this new mode of payment should be made to realise that the relationship between workers and their employers is undergirded by the principle of collective bargaining. Workers are not slaves, no matter the exploitative relationship between them and their employers. The government appeared to have realised this when it did not extend the implementation of the IPPIS to the universities in 2013 when the policy was introduced.

There is no doubt that Nigeria has been badly run by elements who do not appreciate the essence of citizenship and a model of civic selflessness. Little wonder they have displayed callous arrogance and downright inebriation. The ASUU leadership should continue to focus on the ball and not waver in its strategic decision not to abandon the university system to the buccaneers whose only vision is focused on how to access governmental freebies. The union survived the praetorian principalities of the past and will certainly outlive this current deceitful order.